Getting to Know: Never Say Die

…Most importantly, the markets allow us to serve the community with our fresh produce. 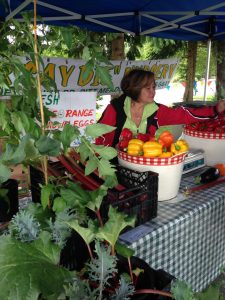 We knew we had the best garlic around so instead of just selling it
on the farm we took it to the markets for the community to give a try. Everyone loved it! After years of growing garlic we are now able to grow over 30,000 garlic bulbs annually. 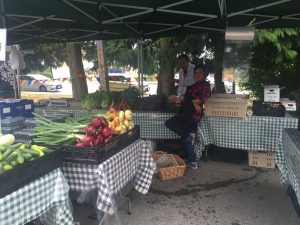 Two years later, Laan began selling a variety of vegetables. She says the markets have become their primary outlet for selling produce!

Participating at the farmers markets allows us to meet new people
and increase our clientele but most importantly, the markets allow us to serve the community with our fresh produce.

With greater consumer awareness, Laan says Never Say Die’s goal is to provide consumers with quality no spray produce that is grown locally.

We know many people are tired of buying produce at grocery stores that are sprayed with many chemicals like pesticides. Not only that, many consumers have no idea where the produce is coming from. That’s where we come in. 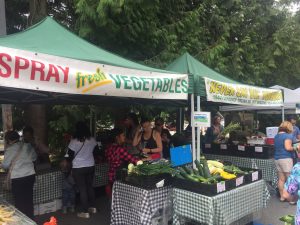 You can currently find Never Say Die at three different markets weekly. Laan loves where her company is at the moment and will continue to supply the community with fresh produce for many years to come.

We believe that consumers deserve the right to know where their purchased produce is coming from. We are committed to building the community by participating in local farmers markets to attract and bring people together.

Getting to Know: NutrigreensVendor Spotlight